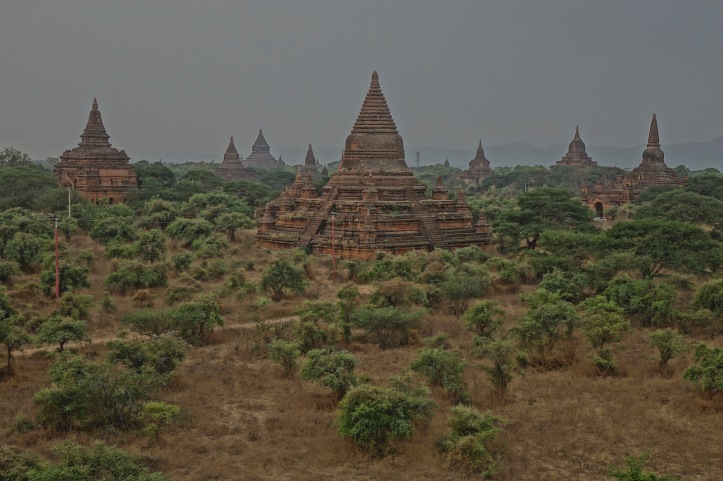 The white pagoda in the backgdround is Ananda Pagoda, one of the prettiest in Bagan, if I’m judging. The stupa in the foreground may have a name (but I don’t have my notes handy). 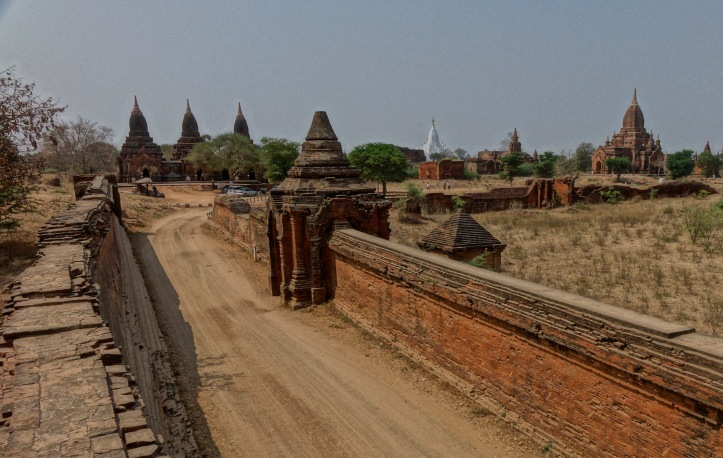 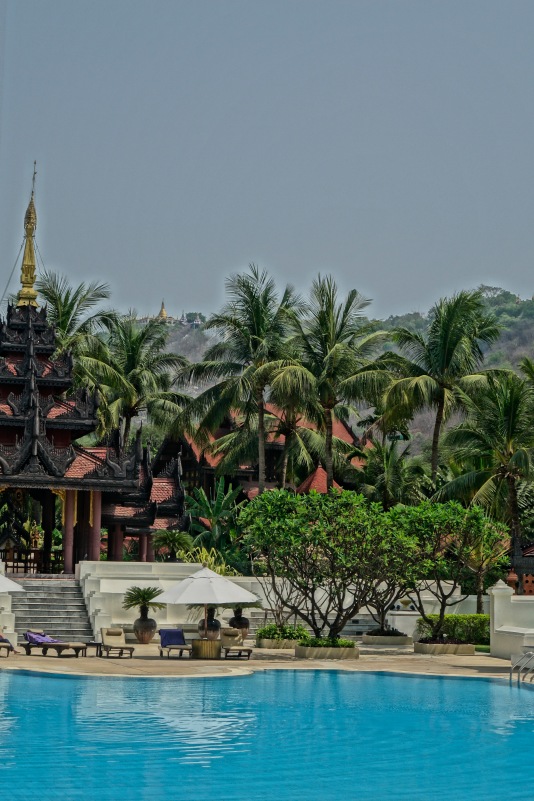 Mandalay Hill as seen from below. However, photographing the U Bein bridge was my main goal in Mandalay. 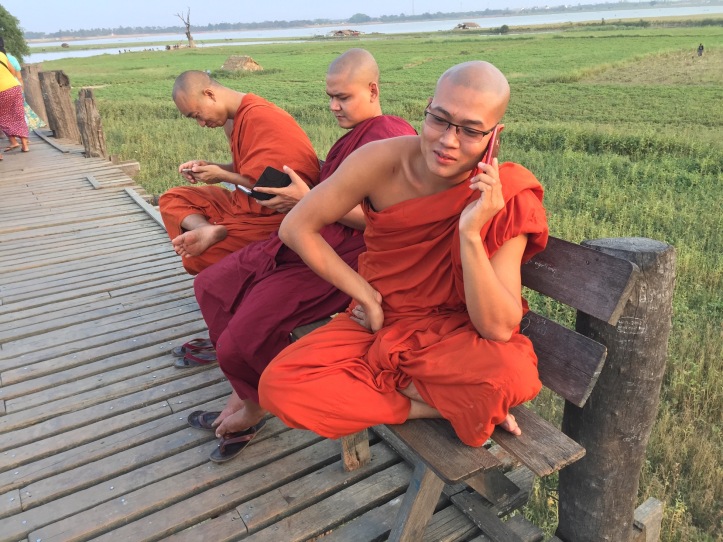 Again, no notes. But what a frazzled brain might remember is this: it’s the longest wooden bridge in the world. Or something like that. It actually looks better in photographs. Better still in silhouette. And there’s a circus of sales hawkers leading up to it.

Turns out, the mote and wall around the ancient Palace was the actual highlight of my stay in Mandalay. That, and just saying “the road to Mandalay” over and over in my head. 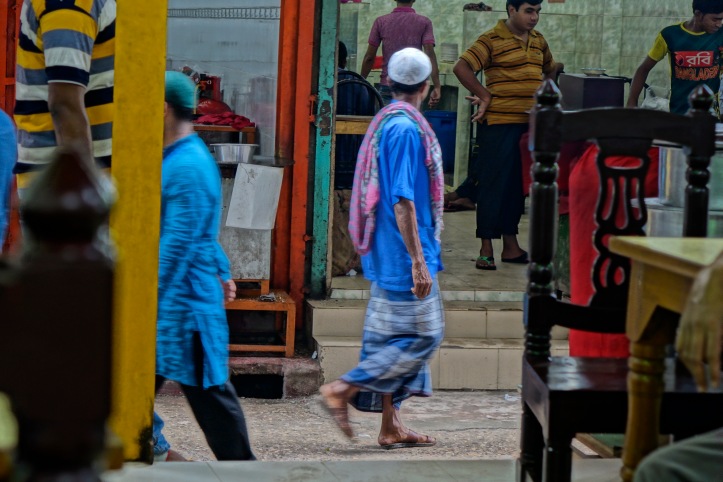 The main port in Dhaka. It felt the same: crowded, congested, a little rancid. Sanitation is not a concept held in high esteem around here.

Lesson learned: set the price of your rickshaw ride before getting into the thing.

Today in all this heat, I realize I have brought no fleece jacket…and I’m going to Bhutan—that’s in the freakin Himalayas, you know. What happens to your brain when you reach a certain age? Turns to jelly? Sure, crap happens, but stupid mistakes are just, well, stupid.

You can find other entries to DP Photo Challenge here: Landscape

You can find other entries to Lucile’s Rehab here:   Photo Rehab