But here’s the kicker, the real abstraction of the day. Have you ever written a post and wondered if anyone outside the WP community ever sees it? I have. I don’t spend much time, none really, looking at my stats and views for my blog. It doesn’t mean anything to me. I can’t even figure out how to use the Reader. But it seems that all the commenters on my posts are from WP groups. So the thought has crossed my mind if anyone outside WP sees my stuff.

The other day, one of my commenters mentioned a similarity between Mexico City and Katmandu: both were built on ancient lake beds, making the ground underneath unstable, and allowing earthquakes to rumble through in waves and destroy stuff on the surface. I was unaware that Katmandu was built on a lakebed. So I googled it. Get this: the first hit was from a newspaper in the UK. MY POST, the one I just wrote on Katmandu and the quake–along with my commenter’s comment–was the second hit on google. So apparently, our stuff goes somewhere in cyberspace. And even if it’s never actually read by anyone else, it could be. 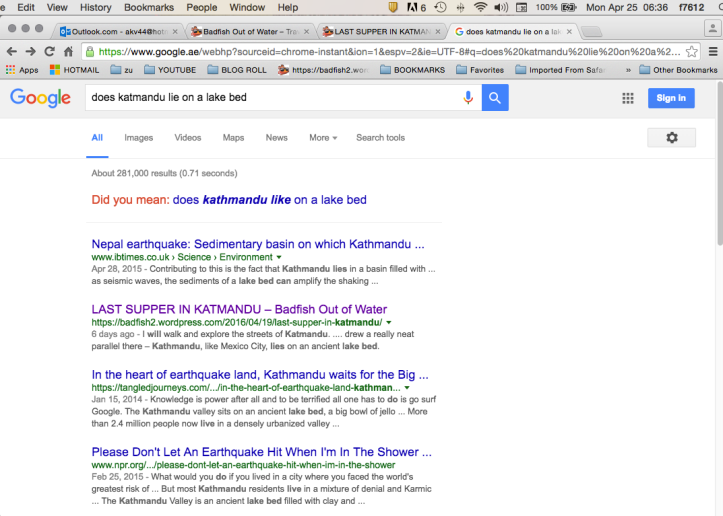 You can find more entries to Sally’s Phoneography Challenge: Sally’s