Time is a State of Mind

“Don’t cry because it’s over, smile because it happened.” – Dr. Seuss

After the X-Country race 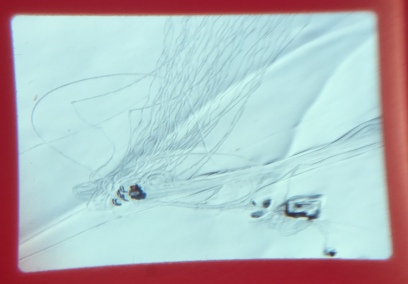 The cabin from air in winter

SEASONS OF OUR DISCONTENT: PART II

In this photo, the season is late summer, the aspens have not turned yellow yet. When Ted Bundy escapes from the Pitkin County Courthouse at just about the time this photo is taken, he works his way through town, by-passes Tom’s Market, then climbs Aspen Mountain and hikes over to the back side. He runs across a cabin, breaks in, steals some food, some clothes, a rifle. 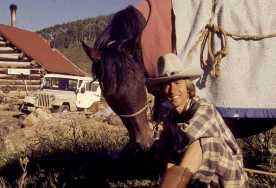 This could easily have been my cabin, maybe with my wife alone inside or maybe both of us bathing outside beside the spring in the claw-foot tub. But it wasn’t. It was a neighbor’s cabin, maybe a mile away. Sometimes, the world allows you to become fully aware of just how much grace you’ve been given.

Life could get fairly demanding on the backside of Aspen Mountain. This is summer, and at that elevation (I don’t know, maybe 10,000 feet/3000 meters), it can get right crisp in the mornings. And the sun won’t actually hit you until it climbs over the serrated horizon of those mountains. If you have an imperious pussy for a horse (but no money for a real horse blanket), you might want to wrap him in thrift-store blankets and rope at sunset to keep him warm during the night, and you’ll probably be wearing your heavy Pendleton wool robe to keep yourself warm if you wander outside before breakfast to check on your horse, who is a gelding but does not accept that fact and still acts like the high-bred pedigreed American Quarter Horse stallion he was born—in numerous ways: he has a mind of his own; he is tricky, feisty, hard to control; he’s fast as the wind and always runs at the head of the pack whether you are on his back or he runs free with a herd through the high-mountain meadow where you board him. And he is unusually smart: he once used his teeth to untie the slip knots in his and my mare Circe’s halters allowing them both to escape. And yeah, we were in for a bit of a walk, and we found them back with the other horses.

The word “kriya” in Sanskrit means “action.” When sitting in meditation, your body sometimes “moves with inadvertent, uncontrollable movements” created by the energy of kundalini moving through your body. A fitting name for my horse who was nothing less than magnificent to watch as he moved through tall grass in a meadow, his tail lifted as he pranced, his muscles drum tight, an almost-regal Arabian face. The essence of uncontrolled movement. His long black mane, a warning flag to other horses who might imagine they were the lead stallion here. And this: I was literally thrilled one afternoon to see him for the first time mounting Circe because I assumed that was impossible. Perhaps, one of those times that reminds us that quite anything is possible when you believe it is.

Listen, this is the way miracles work in my life. At one point, my wife and I did not own a car. You don’t really need a car in Aspen, it’s a small town, you can walk everywhere, many people hike daily for hours merely as recreation. We’d sold our truck because we rarely drove it, and a friend wanted to buy it. But then we decided it might be nice to have a 4X4, just in case we wanted to drive up to the cabin in summer, or maybe drive through the mountains to Paonia to buy organic apples to sell in my natural food store, The Pitkin County Grainery.

She wanted to buy a hardtop Toyota Land Cruiser; I wanted a Jeep CJ-5. She won this argument. I had already learned the lesson: “choose your battles.” She won by shrewdly negotiating this option: she offered that if we could find a Jeep with a hard top before we found the Land Cruiser, then OK, we’d go with a Jeep. “Shrewd” because at that time, there were few CJ-5’s with hardtops because Jeep did not produce them with hard tops, and if you wanted one, you had to buy an after-market hardtop. I agreed, knowing how impossible it would be. My only stipulation, whether the Land Cruiser or the Jeep, was that the color be tan or some shade of brown—my color of choice for many things in those days: cars, parkas, eunuch stallions, mares, backpacks, skis, skin.

That evening when we walked back to the store after dinner at The Chart House (killer salad bar), that tan Jeep CJ-5 you see in the photo sporting that after-market hard top was parked directly in front of the Pitkin County Grainery—get this, with a For Sale sign in the window. My wife was more amazed than miffed, and could not deny the weight of a miracle that heavy. We walked over to that Jeep, read the For Sale sign, and could do nothing but lift our palms in the air, glance toward heaven, and laugh right out loud. The Jeep’s owner was eating dinner in the restaurant in my store. We made a deal to buy the Jeep that night without even having a mechanic look it over—providence being providence, gift horses being gift horses.

Is there anyone who wants to tell me something about serendipity?  Apparently, I am serendipity going someplace to happen. Or rather, perhaps I once was when my hair was that long and blonde, when late-morning sun warmed my shoulders at high elevation, when my favorite shoes were cowboy boots, when I drove to my log cabin in a tan CJ-5 (with a hardtop!), when I believed anything was possible, and when I felled a standing-dead Douglas fir and diced it into logs with my Stihl 037 chain saw, without injuring myself or anyone else (do not let anyone tell you chain saws are not scary tools). Cheap advice du jour: never touch a chain saw, go with central heating. And indoor plumbing.

Aspen was a good season—an incredibly sensual state of mind where almost everything felt magical every day—and it lasted a decade, right up until I discovered my wife having an affair with one of my friends, Sanchez—a carpenter and good with his hands, if a little hapless. He once chewed a chunk of skin and bone out of his forehead when his chainsaw hit a burl and bucked straight up out of the piece of scrub oak he was slicing. We had hired Sanchez to install a skylight in our home. He then started sharing his coke and high-end Afghan grass with my wife while I filled the organic bean bins and sold wild flower honey in the store. I guess, one thing led to another.

That may not be a story you want to hear: it harbors little grace—providence being providence. A happy ending does not appear in that story, but does appear a few seasons later in another story, the one where I am back in grad school and dating a lithe and younger freshman coed who is half Mexican with light-brown skin and almond eyes.

But, tell you what: I’ll offer you the first scene of SEASONS: PART III, and you can tell me if you want me to make this a trilogy or leave well enough alone. Or maybe you’d rather hear the one about me in grad school dating almond-eyed Veronica and working as a waiter in a fine-dining restaurant? Or, maybe I should finish writing the one about Varkala, India? Or maybe write the one about the Maldives? So many seasons and different states of mind, so little time.

SEASONS OF OUR DISCONTENT: PART III might look something like this below if, say, Steven Spielberg made the movie:

Hunting season: not quite winter yet, but snow has fallen.

A herd of elk graze in Hunter Valley

Zoom into the town of Aspen—the rustic brick buildings gleam in golden alpenglow.

The aroma of money rises with chimney smoke.

There are no beggars in Aspen, but not everyone is rich; some people like me work for a living.

Zoom in on two long-haired, ex-hippie types wearing down vests and wool shirts sitting on the front porch overlooking the “French-postage-stamp” organic garden

My wife committed adultery the first time in the bed of a Chevy Luv pickup truck—beneath an REI down sleeping bag. She and Sanchez left me sitting in the bar of Aspen’s Hotel Jerome with a double shot of Wild Turkey and half a number of something they called Afghanistan Red. They drove up Castle Creek Valley and pulled off the road near the beaver dams. It was late autumn 1979, when things like this were done in Aspen, Colorado.

Sometimes I try to imagine how they went about it. Maybe they got out to marvel at the night sky from a 10,000-foot elevation; tried to spot a beaver in the creek; felt cold; agreed to slip under the bag (which was good to 30 below); downed some more Turkey, smoked more Red; got hot and took off their parkas; gazed at a sliver of moon, then Venus, then the rest of the cosmos. One thing always seems to lead to another when you’re that high in the Rocky Mountains…..

I took all those photos with red borders with my iPhone through a 35mm slide viewer. The images were 35mm size (tiny).  That red thing above is the slide viewer, which I pressed against the window for light, I stuck the iPhone to the slide viewer eyehole, and snapped. I’m glad I figured a way to get these shots in this post–as there is no place in Abu Dhabi that transfers slide film to digital. I am, however, not so proud of the blurry results.

You can view other entries in the DP Photo Challenge here: State of Mind