I wish I had an answer to that because I’m tired of answering that question.  – Yogi Berra

Shakespeare got it wrong: To be or not to be is simply not a question. This is a question: does time really fly when you’re having a good time? When I was young, I remember the marvelous few hours between school letting out and dinner as a vast chasm in the space-time continuum that expanded into sufficient realms allowing me to walk all the way home, win a touch-football game, lose a chess match, trade baseball cards, flirt with Cheri Hurd, ride my bike through the quarry, feed my dog Red, and still have time to tease and piss off my sister then endure a censuring before saying grace. But when you get older, time seems to slip through a sieve whether it’s a good time or not. 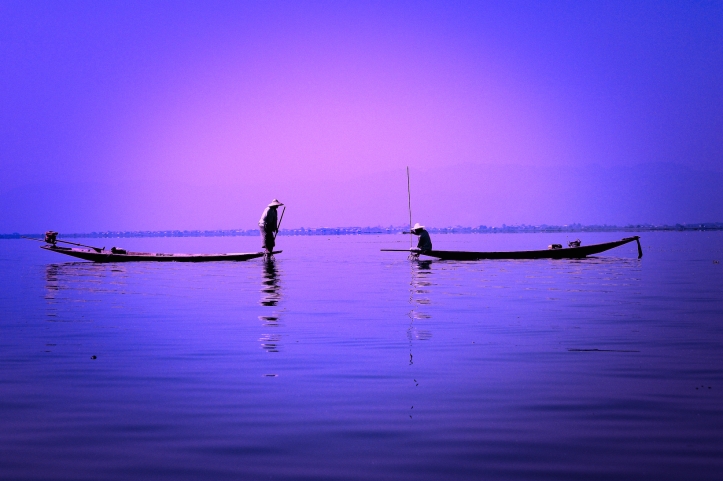 Although it was over a year ago, it feels like just last month I was having a good time traveling solo, welcoming the New Year of 2016, and celebrating Badfish blogs’ first anniversary, by lifting a crystal flute of Dom Perignon —a few long-neck Mexican Dos Equis chilling on ice— while sitting in the Jacuzzi on the deck of my over-ocean villa in the Maldives at a highly-over-priced but, yes, romantic island resort; and, of course, bemoaning the cost of a hamburger: US$40 (which I could not bring myself to purchase). Luckily, I had packed a shedload of home-made trail mix, originally meant for the second phase of the trip through South India, where some harsh and slow-moving days you might almost be willing to pay 40 bucks for a burger. Turns out, just so you know, man can live on bread (and a few chapatis) alone.

Reviewed here is a medley of “best types of destinations” mentioned at Badfish and Chips Café during 2016. Hopefully, you might find yourself leaving your own footprints in some of these places, maybe in 2017, which already seems to be sifting itself into another epoch.

BEST ARCHIPELAGO TO EAT BREAKFAST,  or enjoy a jacuzzi in your over-water tub, while watching sting rays in their natural habitat in the limpid lagoon below.   READ THE STORY 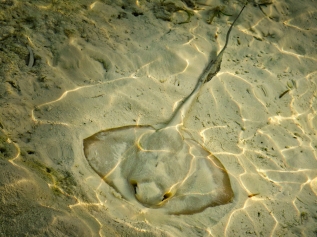 BEST BREATH-TAKING PLATEAU  to view atavistic Buddhist pagodas and hot-air balloons while contemplating a lost civilization and staying at a rather lavish and slightly-over-budget hotel overlooking the Ayeyarwady River.    READ THE STORY

BEST DAY TRIP  to a monastery built on the peak of a volcano that blew its top eons ago, where you climb 777 steps in the company of hundreds of other pilgrims arriving daily to pay homage to the intriguing and ancient animistic-Buddhist nats.   READ THE STORY

QUAINTEST BEACH TOWN to wander as a low-end budget traveler eating the remainder of your trail mix but acting like you live off someone else’s trust fund.    READ THE STORY

MOST SCENIC ROUTE TO DRIVE A MOTORBIKE while traveling from Kovalam to Varkala Beach in Kerala, India.

BEST COASTLINE CLIFF to photograph the lovely scarlet cordia flowers and ponder whether or not to paraglide the thermals, while drinking double-shot cappuccinos made with water buffalo cream after your yoga class and surf session.     READ THE STORY

BEST PLACE TO TALK LIKE A PIRATE and time travel by renting a houseboat and pretend you’re the captain of your own man-of-war and crew of buccaneers (and chef) 100 years ago.     READ THE STORY 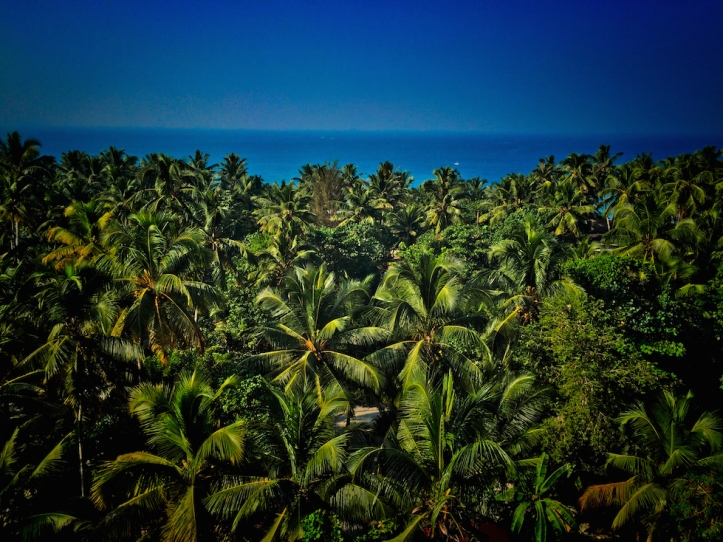 ONLY PLACE IN THE WORLD where you can live in an ashram, satsang with a real guru, chant and leave your body, help the needy, eat salads that won’t make you sick, and never see anyone take a selfie.     READ THE STORY 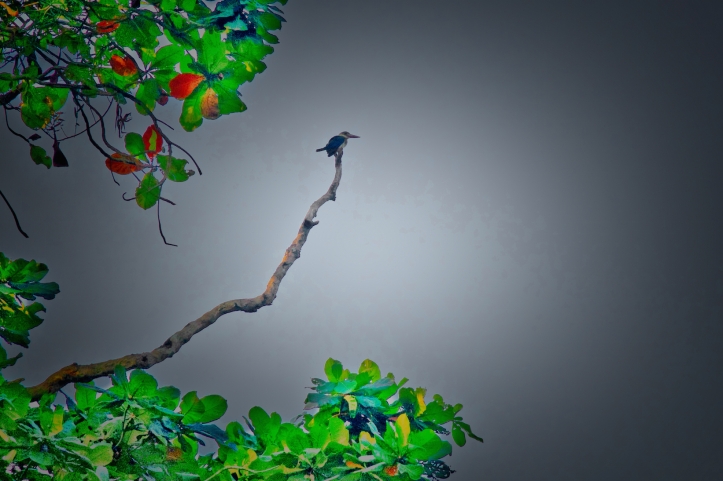 BEST TRANQUIL SEASIDE BUNGALOW where you wake up before sunrise with nothing but a murmuring stream, gandering ducks, nosediving kingfishers, falling rubber-tree leaves, lapping waves, and trilling birdsong in your heart.   READ THE STORY 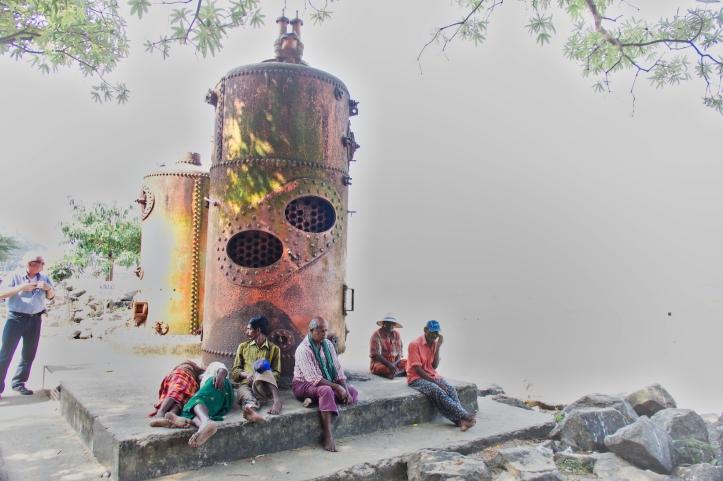 MOST SURREAL CITY where you find the oldest active synagogue near fishermen napping on shore by deserted steam boilers and ancient Chinese bamboo fishing nets perched just offshore like hulking birds of prey.

BEST CITY TO WATCH MONKS do what monks do when not in a monastery while photo-bombing yourself in the scene.   READ THE STORY 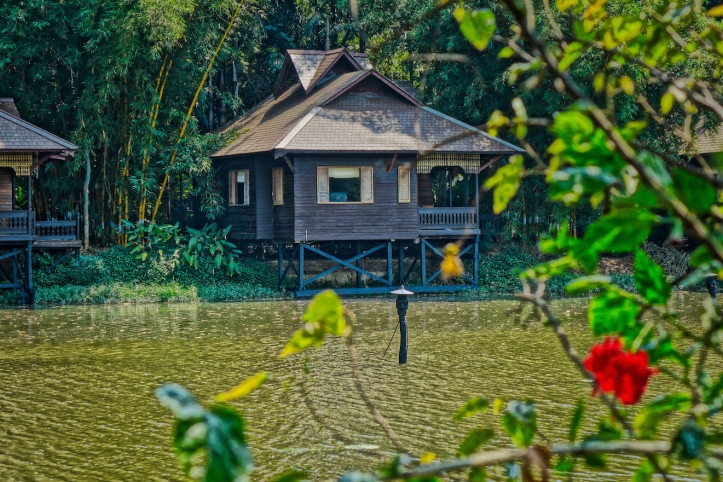 EASIEST PLACE TO CHILL in a third world, where anything could go wrong at any moment, and not feel guilty while watching others fret and work and worry.     READ THE STORY 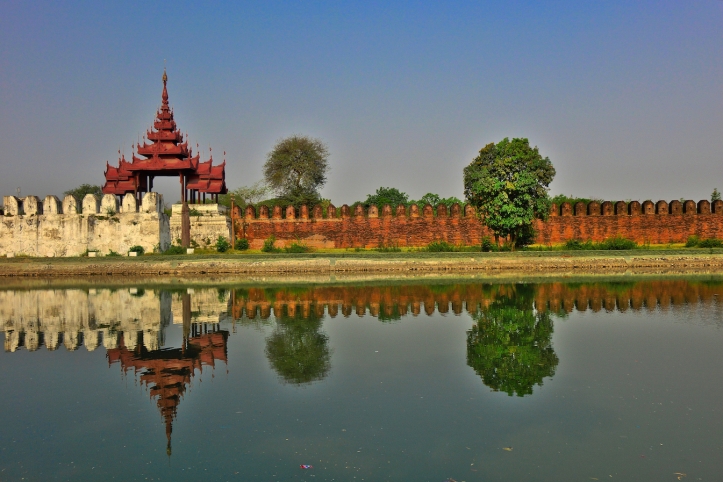 BIGGEST SURPRISE —after everyone advised to give it a miss, turns out, Mandalay is one of the highlights of the year even though it is a large, unkempt city and noisy and dirty with filthy air and poor sewage, with no bagels, no big Buddha, and no Starbucks.     READ THE STORY 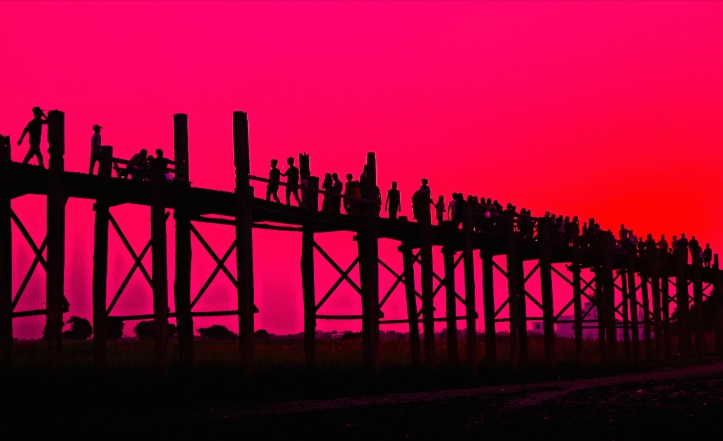 BIGGEST DISAPPOINTMENT —if you’re tired of learning your lessons, remember what they say about having expectations when traveling. It’s just that in all the photos you see in National Geographic, Lonely Planet, and other travel blogs, U Bein appears so marvelous; but when you arrive, you finally understand the word “teeming”. You find knots of monks on cell phones, a sea of tourists raising their arms and sticks for selfies, shoddy shacks and stalls of cheap souvenirs and sodas, boatmen hawking to row you out on the lake in gaudy boats, and all your own photos turn out rubbish—well, it’s your own fault for harboring expectations.     READ THE STORY

MOST COSMIC CITY STREET, crowded with pedestrians and trishaws—most powered with pedals, some with motors. Nirvana for those who love walking in thongs on a muddy road.    READ THE STORY

GRANDEST TRAFFIC JAM AND CHEAPEST EATS: you can eat lunch for US$1.50 and be so full you won’t need dinner. But if you’re the type to gorge, dinner will only cost you $2.50. However, it might take you an hour and a half to travel 3 miles by car sometimes.

Advice du jour: don’t swim in the river, don’t drink the water, hire a driver, and reserve a chic hotel within walking distance of a row of fine-dining restaurants, or a cheap hotel near the bread maker.   READ THE STORY

MOST ANCIENT AND WELL-PRESERVED PRAYER WHEELS that somehow, miraculously calm your mind and soothe your body as you walk by.     READ THE STORY

BEST ONE-DAY HIKE  (if a bit strenuous)—a climb to 3120 meters (10,400 feet); most of it straight up; all of it over earth and rocks; some of it, evading goats and donkeys; some of it, sidestepping guides hauling ill-prepared tourists back down.

Advice du jour: If you go, get physically fit first and don’t wear stilettos. Or, hike only to the half-way restaurant and carry large binoculars.    If you don’t go: READ THE STORY

FUNKIEST STREET WITH A WORLD RECORD for most overhead electricity wires and one-rock porches and cute babies and ugly paint in a town recovering from one devastating natural disaster after another.    READ THE STORY

MOST COMFORTABLE CITY TO RIDE A BIKE while eating cheese and bitterballen through a red-light district without stopping to smoke anything.    READ THE STORY

BEST VINTAGE VILLAGE to pretend you’re Bilbo Baggins living at Bag End in the shire of Hobbiton where you may observe the magic of the ring of recycling and garbage removal. READ THE STORY

MOST CONVENIENT OLD TOWN to learn the protocol for drinking absinthe and actually see green fairies and photograph swans and paddle-wheel riverboats near a 650-year-old bridge held together with egg yolks and prayers.   READ THE STORY 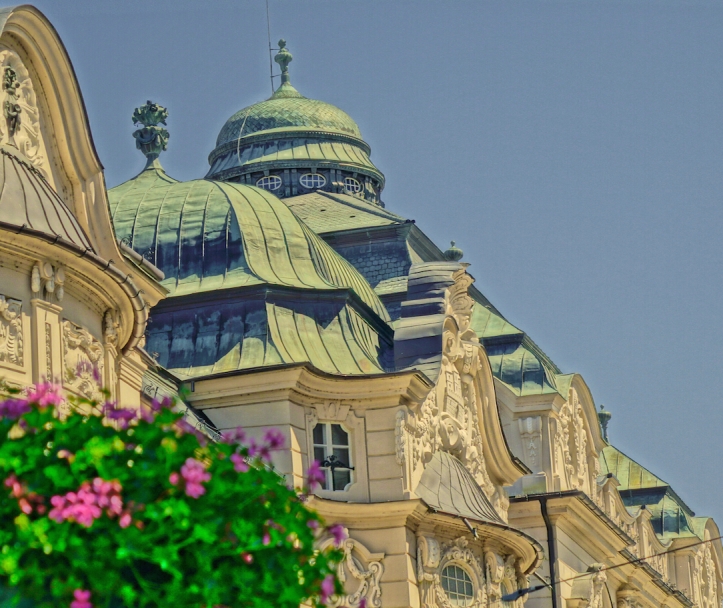 MOST INTERESTING SLEEPER CITY,  which at first blush appears to be the wallflower at the party of A-list tourist cities, but it turns out, she can dance.   READ THE STORY

BEST VIEW WHILE DOWNING HIGH TEA in the afternoon on a warm summer day while solo traveling and missing home after getting kicked out of the Hilton right next door.   READ THE STORY

MOST INTERESTING NEIGHBORHOOD from which to call home on a payphone that actually works when you find no cell phone service near stone-slab temples that outdate both the Egyptian pyramids and Stonehenge.     READ THE STORY

BEST DESTINATION TO COIN A NEW PHRASE FOR TRAVELERS, as 85% of the population here are expats from 120 different countries, 15% are local Emiratis; so the lingua franca is English, allowing everyone to easily communicate here in Babel. The new phrase we coin should be something like: lingua Engla.

Graceful young monks in Burma stand in line for breakfast